Where To Get Blackwood And Deadlands Furnishing Plans

Check out my video on farming furnishing plans in Blackwood and how to do so efficiently!

When it comes to farming furnishing plans in ESO, regardless of the location, there are a couple things that you are going to want to keep in mind:

Furnishing plans have cooldowns. This means that once you search a container (like a wardrobe, trunk, cupboard, etc) and it populates itself with a furnishing plan, you will not be able to find another furnishing plan of equal color for a set amount of time.

This cooldown is character specific, not account wide. This means that while you may be on a cooldown for receiving blue furnishing plans on one character, your other characters are exempt from this. In light of this, a lot of players like to “park” their toons in a furnishing plan farming location and then log onto each one to run laps around the place until they find a good furnishing plan and get put on a cooldown.

I’d like to give a quick shoutout to Manabu (@TheManabuSan on PC NA) for sharing this really resourceful location with my community on my discord server! He found this place instantly, on the first day, and was kind enough to share this spot with the rest of us – so thank you! There have been a handful of community members that have farmed this spot with all of their toons and made some serious coin selling the plans!

Councilor Jirich’s manor can be accessible after doing some of the first quest of the main storyline of Blackwood, called “A Deadly Secret”. After investigating some murders, your journey will take you to Jirich’s manor, where you are to speak with Eveli.

You can keep this manor accessible by refusing to speak to Eveli, and likewise continuing on with your quest. Once you progress past a certain point (where you enter the Leyawiin Castle) you will no longer have access to this manor until you complete the rest of the quest.

This is a great spot to park all of your alt characters at so that you may periodically log on to all of them to run a quick lap around the place.

The containers in Councilor Jirich’s manor are all searchable, meaning there is a greater chance at retrieving a Leyawiin furnishing plan from interacting with a container than there would be if you had to steal from these containers. 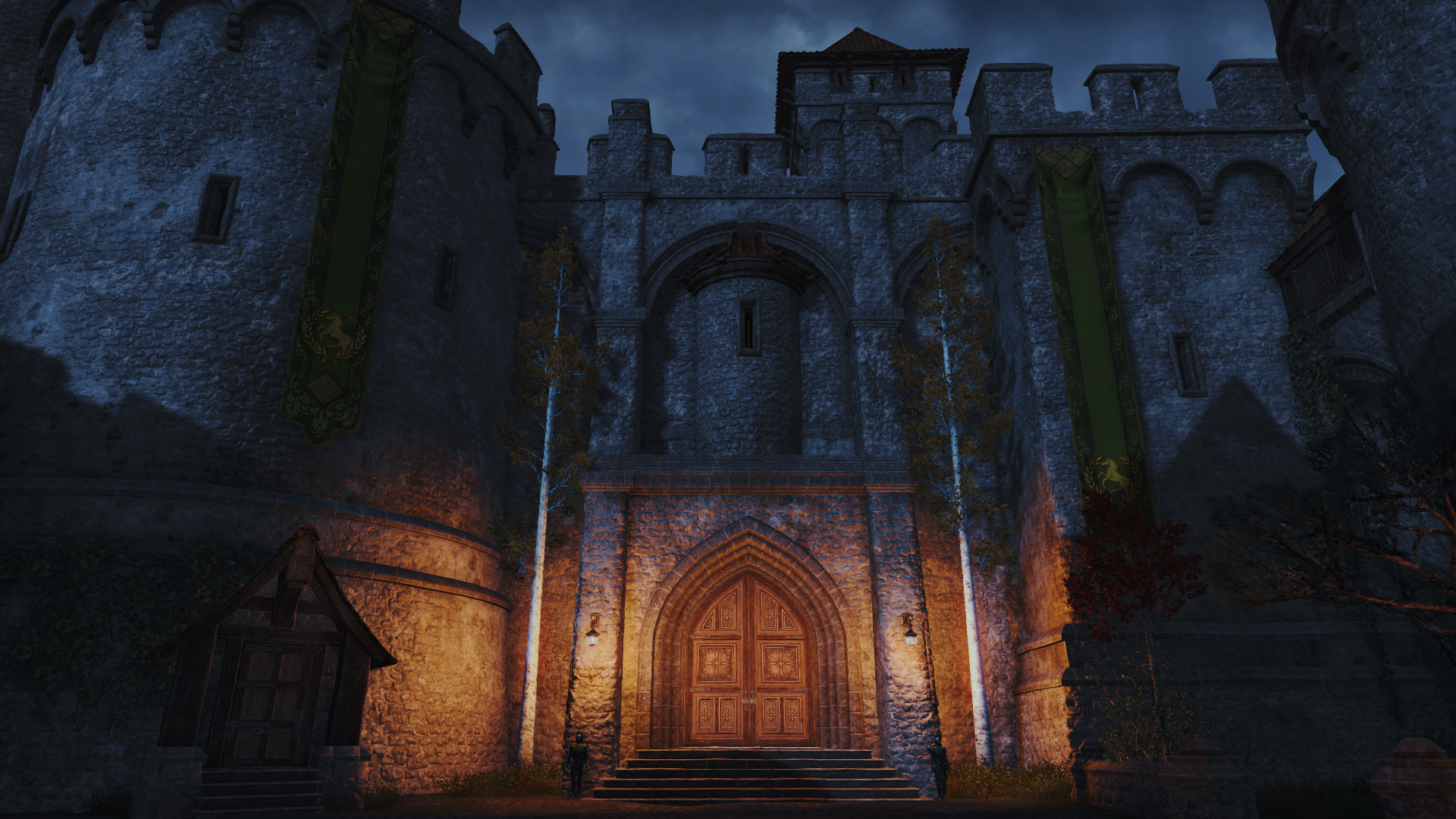 The castle in Leyawiin also serves as a pretty reasonable place to farm the new Leyawiin furnishing plans. All of the containers in this location are not searchable, but there are plenty of containers to loot from nonetheless.

What is quite convenient about this particular location is the fact that you have to experience a load screen every time you exit or enter it. This means that once you have finished emptying all of the containers inside, you can simply walk out and walk back in to have all of the containers reset. This saves you quite a lot of time as you will not have to port out to a player and then port back to Leyawiin and make your way back to the building.

While most of the containers in the buildings in Gideon can not be “searched” through, but rather “stolen” from, the sheer volume of containers in this location makes up for the lesser chance at receiving a furnishing plan via stealing.

When looking for furnishing plans in Gideon, I like visiting the following buildings:

Once I have finished running through each building, I port out of Blackwood and back in to run another lap around the place seeing as the containers have been repopulated! 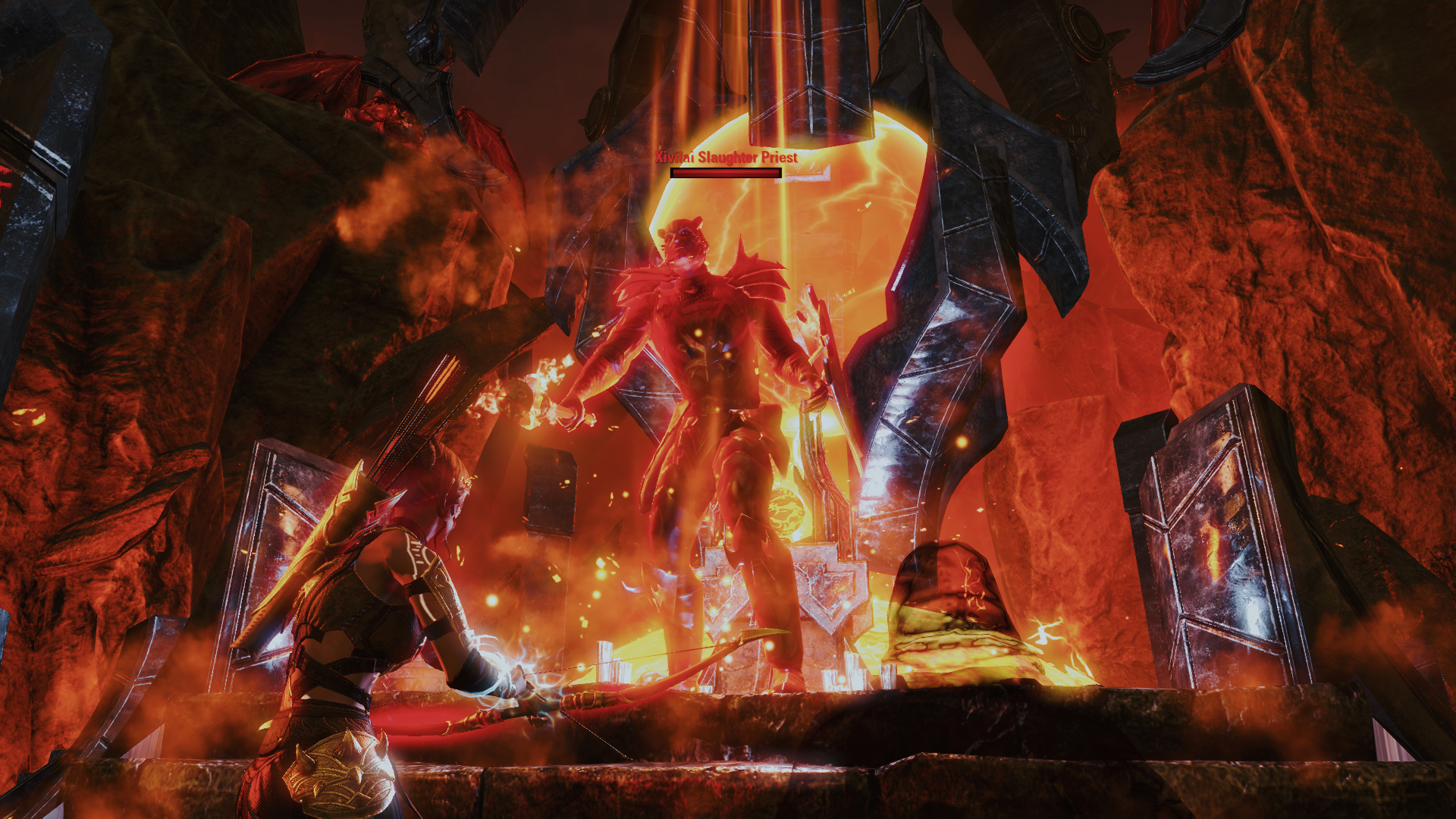 You can collect the new Deadlands furnishing plans from the chests (that’s right, plural) that you open in the Deadlands. There is a chest that you can loot at the very last encounter, but what many do not know is that there is another secret chest!

In the room before the final boss, you will find four fiery guardians standing guard. If you kill all of them, a secret boss will spawn that will also reward you with a lootable golden chest upon being defeated. You can go back and forth between this secret boss and the final boss to quickly farm the chests for deadlands furnishing plans. Many thanks go out to SithDi, from my discord server, for sharing this neat little detail with us!

If you do not want to go hunting for a portal to the deadlands, an alternative method for entering this fiery realm would be to simply find a friend or guildmate that is already in the deadlands, and then using the “port to player” function. It will take you to the start of the deadlands, so you will still have to make your way to the end to be able to farm these plans, but at least this saves you from having to go looking for these portals in the first place!

2 thoughts on “Where To Farm The New Blackwood Furnishing Plans”