I would recommend trading in ESO to anyone that is even remotely interested in making gold in this game. There is just so much value that is derived from items that are in demand, such as new motif styles that look amazing, or gear that can help improve your damage in pvp and pve, or materials that are needed to craft new furnishings that are regularly added to the game.

So many of these tradeable items can be acquired simply by playing the game – harvesting nodes, completing daily quests, slaying world bosses etc. And what better way to reward your time spent playing ESO than with gold, once you sell your wares to a player that needs them?

That being said, there are some players that greatly dislike ESO’s trading guild system and refuse to be apart of it. While I disagree with this mentality, I can respect these peoples’ opinions, and I can see where they are coming from. The current guild trader system is not ideal, but it is the only one we have, and we can chose to partake in it, or not – that’s completely up to the player!

Some players are also very new to ESO, and do not yet have the means to acquire valuable items to sell. It took me about two or three months of playing ESO before I went ahead and joined a trading guild. Had I just joined one the second I escaped the Wailing Prison for the very first time and arrived at Sedya Neen to embark on my journey across Vvardenfell, I wouldn’t have had anything to sell, save for some prisoner’s rags and a scrap of cheese that I may have looted from a box while completing the Morrowind tutorial!

So this article goes out to you guys – those of you that are new to ESO and are not quite ready to delve into the world of trading in ESO, and those of you that prefer not to join the trading scene as a means to make gold. Fortunately for you guys, there are some gold-making alternatives out there!

How To Earn Gold In ESO Without Trading

Check out my video that discusses the same gold making strategies that are mentioned in this article! 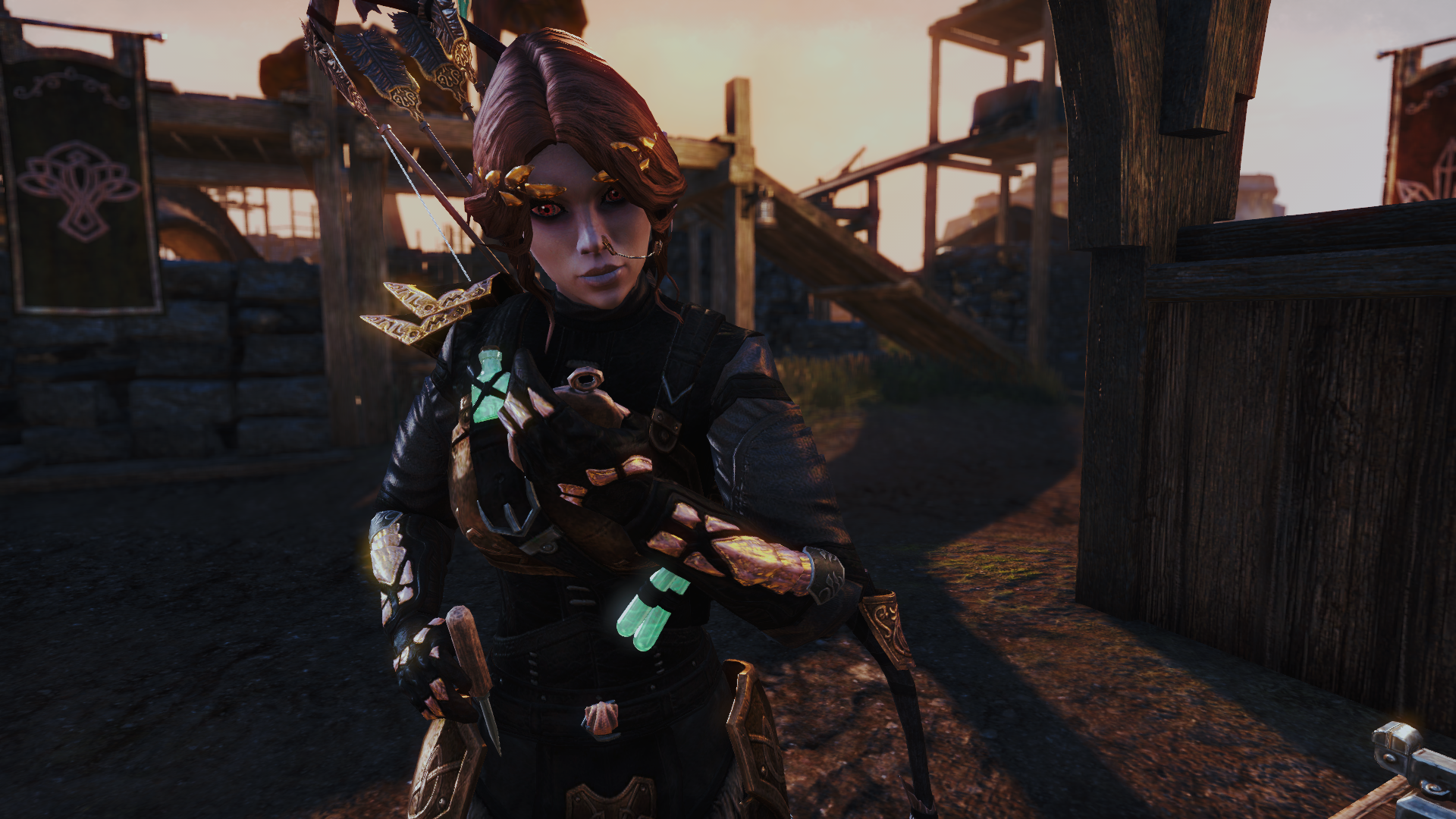 Once per day per character, you may pick up daily crafting writ quests at a “writ board” located in multiple different cities (you have to first become certified, although this hardly takes any time).

Once completed, writs can be handed in at a writ dropoff location – an area in the town that has a handful of boxes that can be interacted with to complete your quest. After handing in your writs, you will receive a reward coffer.

These writ reward coffers contain a plethora of useful items associated with the writ in question. A reward coffer for a woodworking writ has the chance to drop woodworking upgrade materials, for example, like Rosin or Mastic. A reward coffer for an alchemy writ will yield a handful of alchemical reagents, like Cornflower, or Bugloss. These reward coffers also have a chance to yield master writs. Lastly, there is a chance that you can receive a survey, which is a map that will take you to a special location that has plenty of “rich” nodes related to the writ in question. These rich nodes yield far more resources than your average node, so I would highly recommend doing your surveys!

Besides having a chance to drop all of these really resourceful items, writs also reward you with a sum of gold upon completion. For many, even experienced traders, doing daily writs is an integral part of their daily ESO routine. In fact, many players complete their daily writs on all of their chacracters because of how financially rewarding they are. 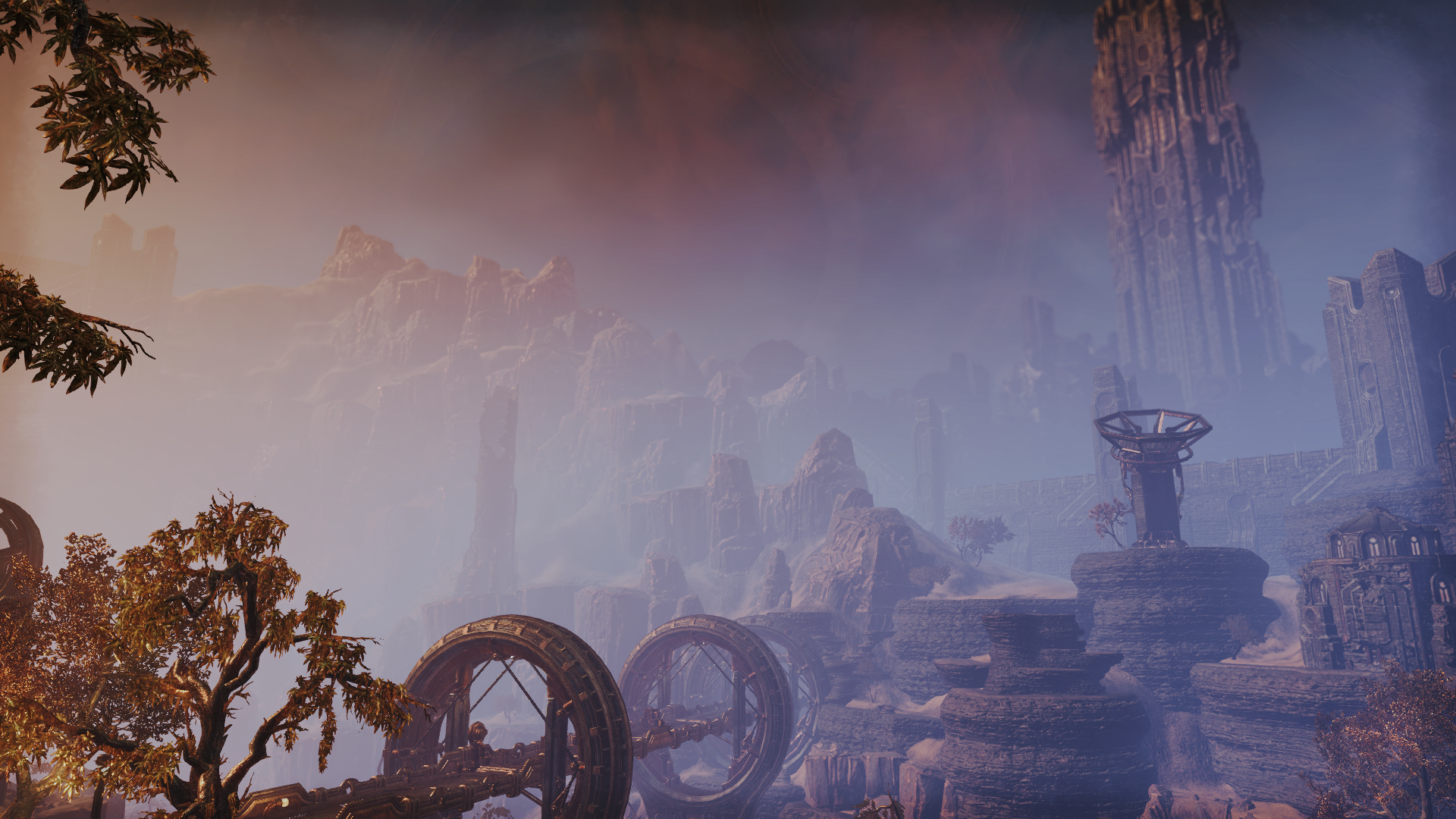 When I first started playing ESO (I’m talking my first two months ever playing the game) I made most of my income by stealing items in ESO. I’d steal items from containers and NPCs and then sell them to the fence! I made about 20-30k gold an hour doing this.

If you crouch, you have the option to enter stealth and steal items from containers (cupboards, cabinets, desks, nightstands, backpacks etc) as well as from NPCs without being detected and racking up a bounty.

While there is a chance to steal resourceful items, such as lockpicks, style materials, and furnishing plans from containers and NPCs, most of the items that you are going to be looting serve little purpose than to be sold to a fence for a sum of gold. Fences are located in outlaw’s refuges, which can be found in all major cities.

Be mindful of the fact that you can only sell and launder so many items to a fence teach day. You can upgrade this limit by putting some skill points into the “trafficker” passive in the Legerdemain skill line.

You can also increase your chances at successfully pickpocketing by putting some more skill points into the “light fingers” passive of the same skill line.

I’d highly recommend leveling up this skill line as it will come in quite handy once you progress in the game and get to the point where you may want to consider farming chests for loot (to use or to sell). Fully upgrading the “locksmith” passive will save you a lot of time when opening chests since your chances at forcing a lock are significantly improved.

When you play ESO, you collect a lot of items passively from defeating mobs, especially gear. If you collect unwanted gear that comes from a unique style, then I’d recommend deconstructing it for a chance at receiving its valuable style material. However, some gear is not associated with any set, nor is it of any particularly interesting style. Unless the gear is purple, it is better off sold to a merchant for gold (blue and green gear have a chance to drop blue and green tempers, which do not sell for as much as the gear itself had it just been sold to a merchant).

Some ESO gear is also ornate. Ornate gear is meant to be sold to the merchant, as merchants will pay you more for it. You can recognize ornate gear by its iconic “money bag” icon.

You have a very high chance at receiving ornate gear from the mobs in Imperial City, so if you are looking to farm ornates, I’d recommend the IC sewers. Be mindful of the fact that IC is a pvp zone, so while there are a lot of PvE mobs to kill, there is also the chance that you may run into a player that wants to kill you!

There are a lot of locations in ESO that are densely populated with hostile mobs. Besides being an excellent means to farm experience, if you can kill a whole bunch of adds in a relatively short amount of time, the gold that you can earn from doing so can be pretty reasonable.

Antiquities come with the Greymoor chapter. While the main premise of scrying and excavating antiquities revolves around gathering unique furnishings, motifs, and pieces that, when combined, create OP mythic items, you can actually make a decent amount of gold from retrieving antiquities.

When you first start levelling up your scrying and excavating skill lines, you will only really have the option to scry for “treasures”. These treasures serve no purpose than to be sold to a merchant for gold. If you successfully excavate a green treasure and find a few other additional pieces of loot, you will be able to find a lead for a blue treasure. If you do the same with a blue treasure, you will be able to get a lead for a purple treasure, worth 5k!

While you can passively earn gold and valuable items from any particularly successful dig, you can also actively farm gold by repeatedly scrying and excavating treasure leads seeing as they are free (you do not need to acquire a lead for them like all other antiquities).

I would recommend farming treasure leads for gold in Artaeum. Artaeum is a small island with no hostile mobs, so it easy to get around and there are no mobs the inconvenience you while you are on your grind. It is possible to make upwards of 25k an hour from doing this if you are efficient when scrying and excavating.

If you are a new player, I’d consider joining a trading guild whenever you feel like you have enough capital to do so. There are plenty of noob-friendly trading guilds out there with reasonable dues and sales expectations, so I’d say go for it! I personally joined my first trading guild when I only had 40k to my name, and now I am writing guides about making gold on ESO, so I must have done something right 😉

And if you are against the ESO trading guild system, then I am not really going to try to change your mind – you are absolutely entitled to your own opinion and you should play ESO however you prefer. But if you really are looking to make a lot of gold to buy extra things, like new motifs or furnishings for your home, you may want to seriously consider joining a trading guild to be most successful at doing so.